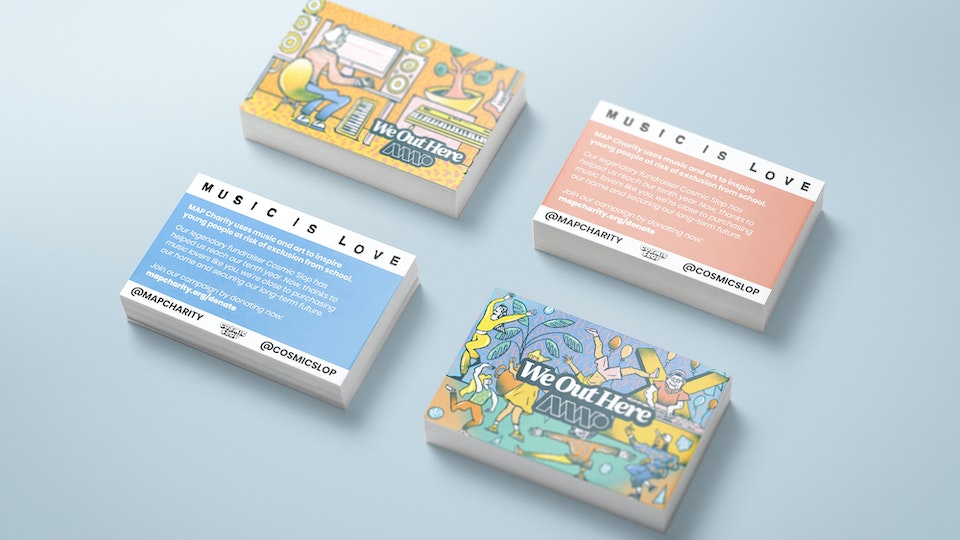 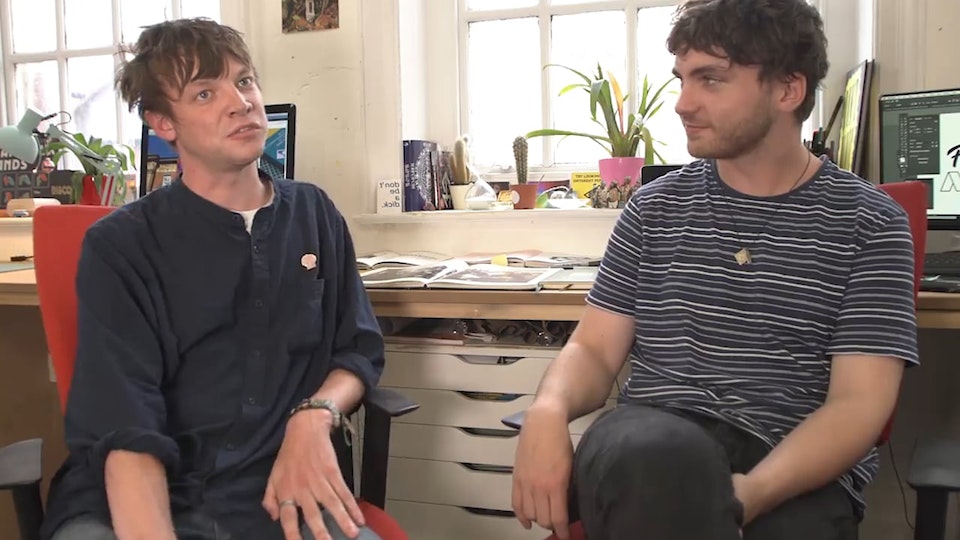 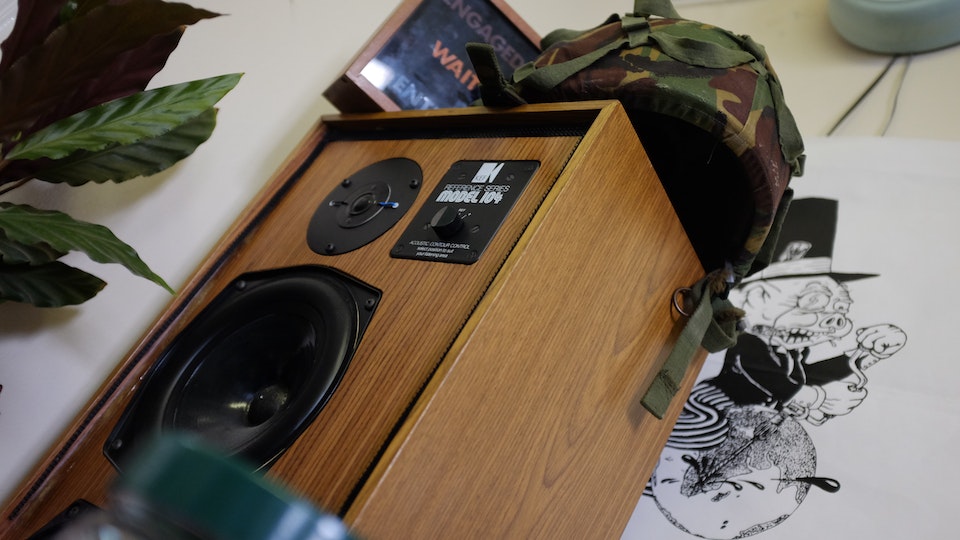 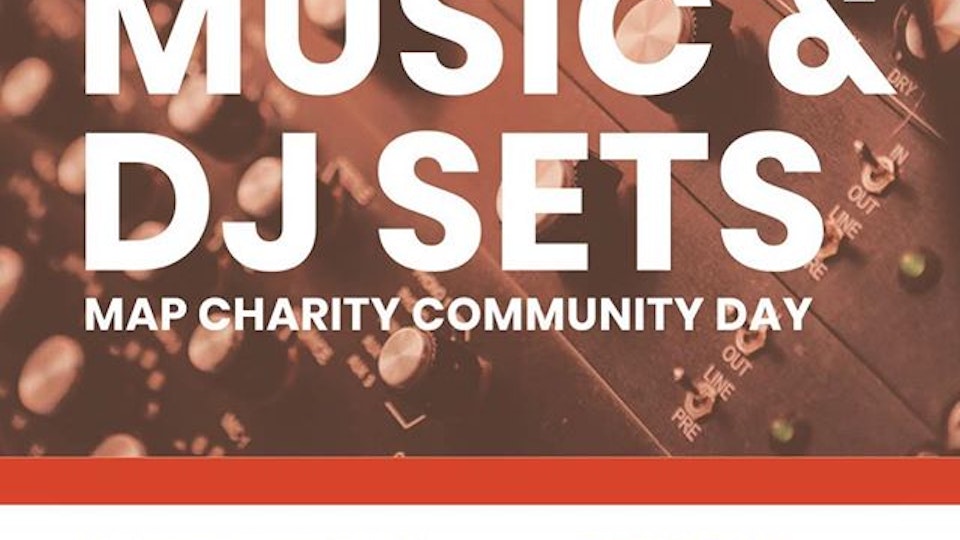 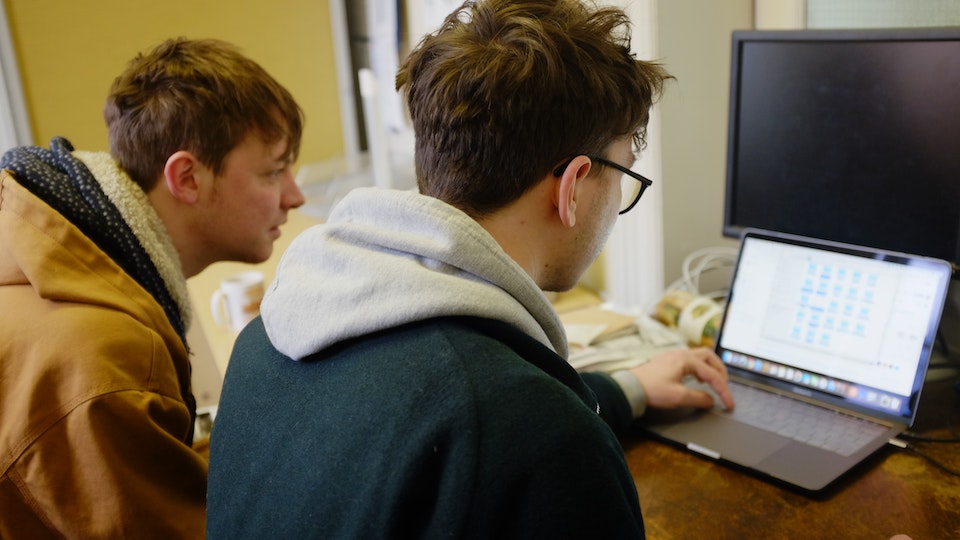 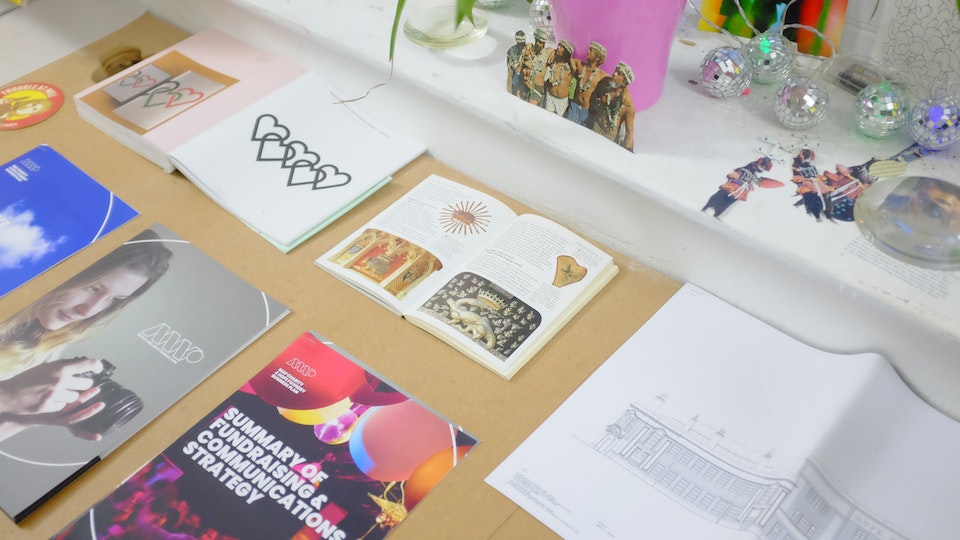 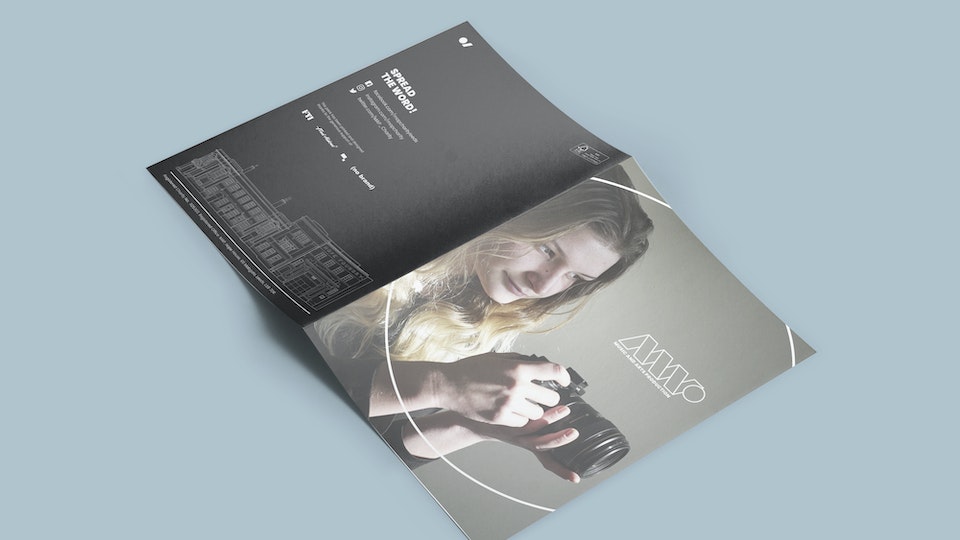 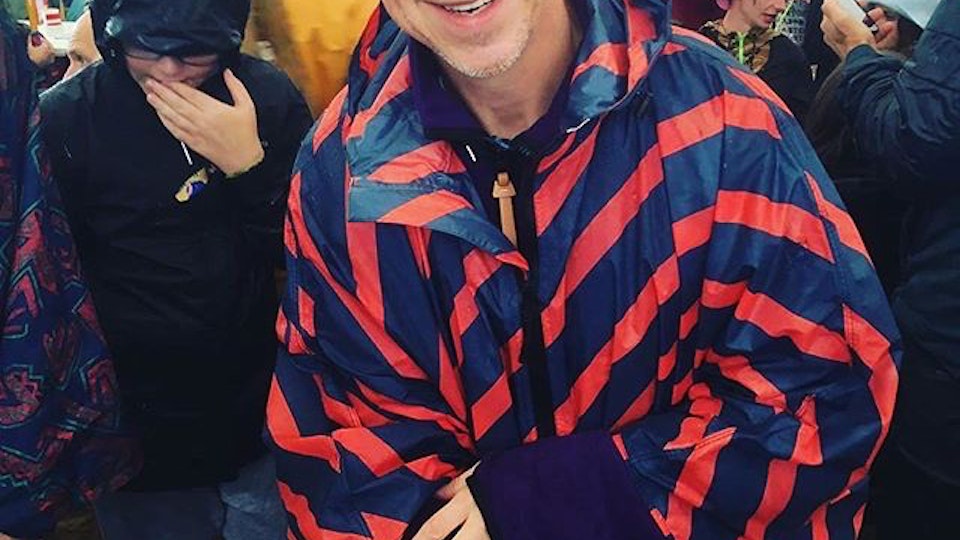 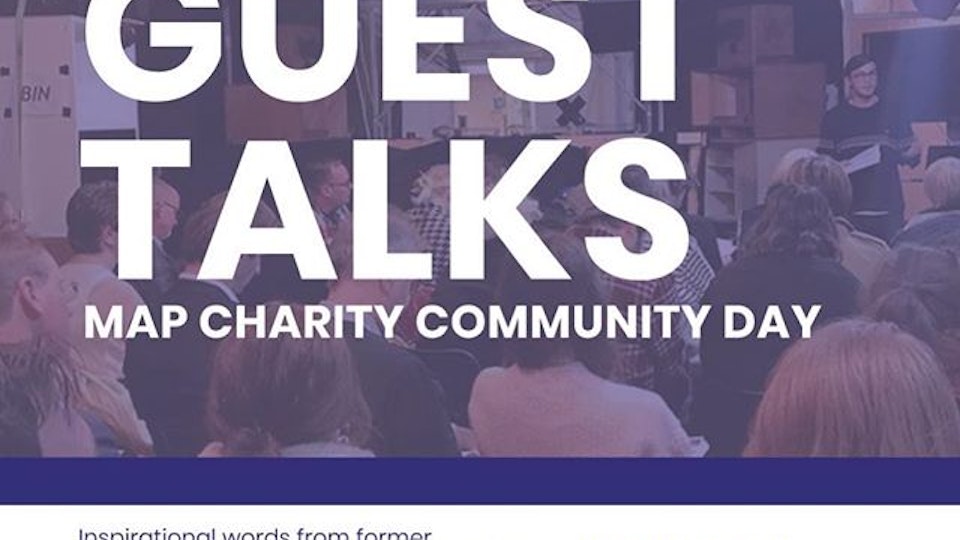 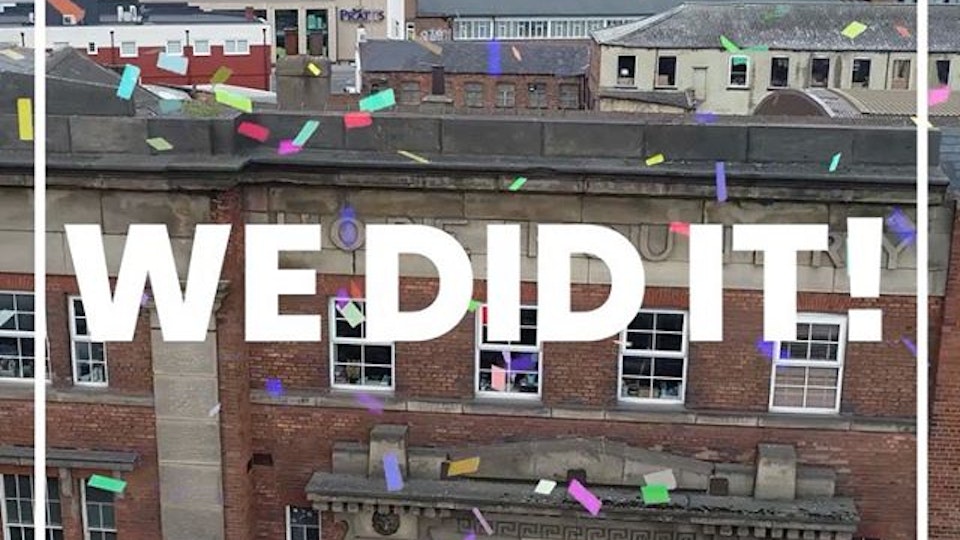 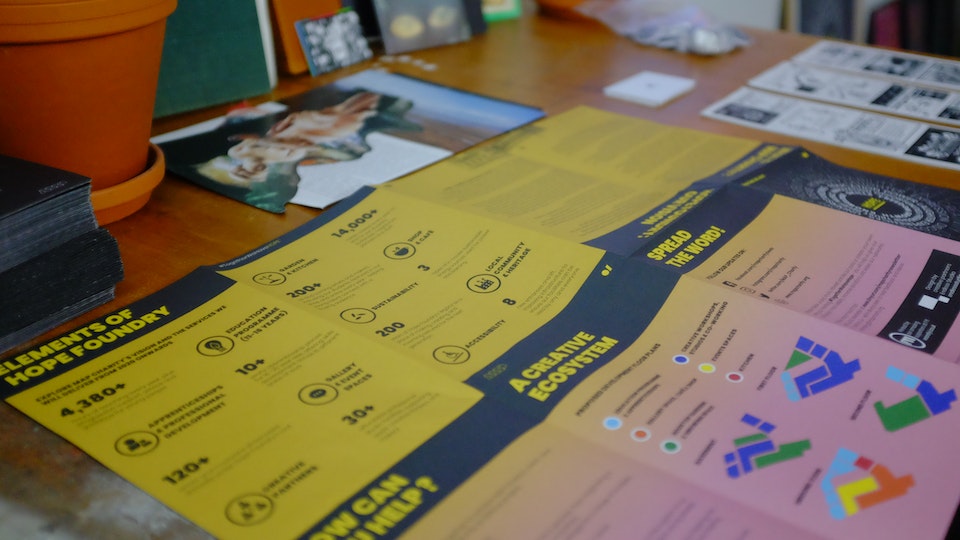 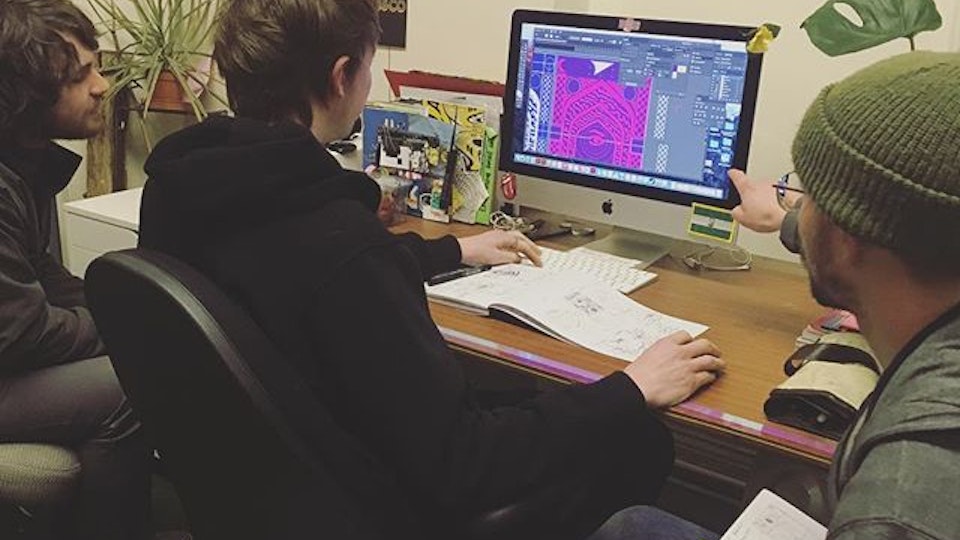 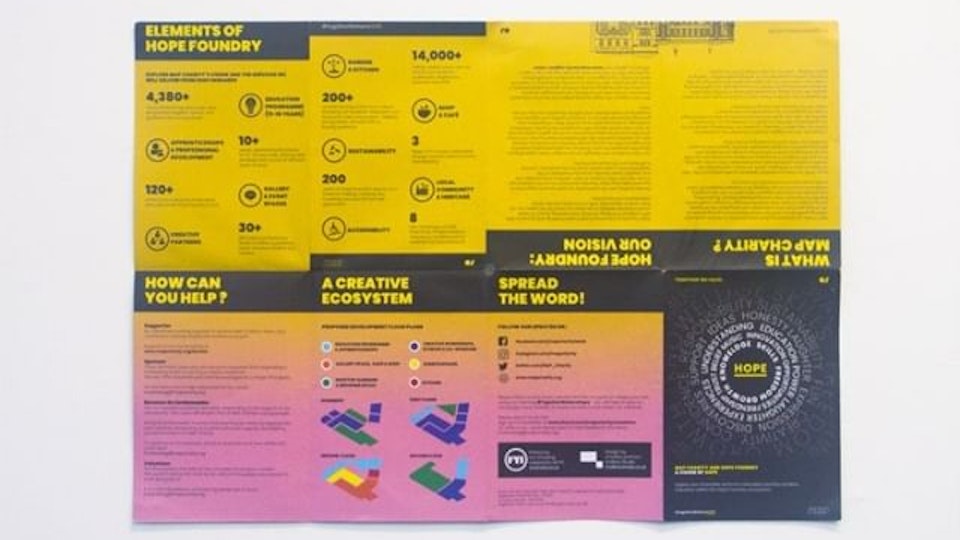 MAP Charity is an organisation which helps young people who can’t access mainstream education to acquire qualifications at the same time as getting one to one tutoring on Art, Music production and media. We were brought in to help as their HQ is a beautiful old listed foundry which is in the line of fire to become luxury flats. They have a few years to raise the money and save the centre.

With support from everyone from the BBC to Leeds Council, the charity is going from strength to strength. A monthly fundraising party called cosmic slop is the glue which holds the majority of the Leeds music scene together, with Hunnee, Floating Points, Mr Scruff and more regularly going incognito and playing the night for free. The soundsystem is rumoured amongst those who know to be one of the best in the world.

Our task was to implement a brand guidelines that would unite the many aspects of the organisation.

The guidelines needed to feel young and current yet official and serious. The main concern was that they had to be simple yet effective; any volunteer or staff member in the organisation should be able to pick them up and create an on-brand document. The identity we designed has been very popular and helped to raise both aesthetic and community ideals within the charity.